Diana & Rick have a story that is straight from the books about habitual cheating.

Diana, a beautiful sweet southern blonde, married Rick, a tall slender huge smiling stud, when they were both in their mid-twenties.

Diana was in love and no one could stop her.  She moved about 2,000 miles from her small core family to start a new one with Rick.

Rick was a dreamer.  Wild eyed and ready to build his fortune.  That left Diana home to start a family and the two kids they wanted came quick.

Rick started his own business and traveled a few weekends each quarter.  Diana had a feeling Rick was being unfaithful.  Not by his treatment of him to her but by the way he acted.  His suspicious behaviors of not letting her into his home office desk, his odd phone calls and his disappearing on nights till 3 or 4 in the morning.

Her heart wanted to believe him, her head knew better and when the girls were newly teens, Rick made the mistake of leaving a few intimate photos from his ‘girlfriend’ (with him in them) on his desk.

Diana was a mess. She confronted Rick and he admitted he was ‘hanging with another woman.’  But he wanted to be with Diana.

For 3 straight weeks Diana lived as a brokenhearted robot.  She was physically present but her mind and soul were lost in thoughts of what had happened to her marriage.  Odd thing?  She told no one.  No one.  Scared, embarrassed and distraught she kept this to herself.

For 5 years.  Till she discovered Rick having another affair.  This time she was ready.  She was done.  She asked Rick to leave and once he was out she tore about their old home.  Removing anything and everything that reminded her of him, she began a new life.

Rick on the other hand left into a lost land.  He floundered as he lost his company and then took several jobs over the next few years.  He was obviously sad.  To his own demise he destroyed the best thing he ever had.  He apologized repeatedly and begged her to restart their marriage again.

Sure of herself and sure of her sanity in a future without him, Diana said, “No…”

Rick finally got the picture and re-married another woman 5 years to the date of their split.

Regrets?  Diana said, “Only one…I should have left way sooner.  He ruined my life.” 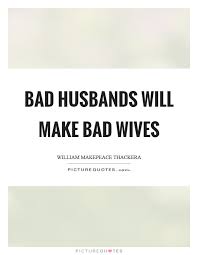 I’m sharp with my tone at her statement that he ruined her life.  Not true. Her life is nowhere near over.  They were together 20 years, she now has 2 beautiful daughters and still turns heads when she enters the room.  Any room.  Even a women’s conference.  She will find another love if she wants to.  But you have to WANT to.

Currently Diana spend many nights on her couch with her dogs instead of dating or trying to date.  Why?  “It’s too hard and men are all weird.”  She will admit she would love a boyfriend but the work behind that boyfriend isn’t something she’s willing to put time or effort into.

Dating is a full time job.  One must treat it that way to make sure the time and commitment stays true to one’s schedule.

Maybe one day Diana will be ready, but for now, she is indeed a success story.  Why?  Because she was mentally abused and she is now free.  At peace and happier than she was.  She is rid of the man that caused her so much pain and abuse (mental) for so many years.

If you are in a situation where someone is mentally abusing you…taking a stand is better than leaving….because there is always a chance for reconciliation.  If you leave or move out of the house, it makes it so much harder because you won’t be around to see any changes.

And for Diana, she has clearly said, “I’d rather be alone than be in a situation where I’m treated so poorly.”  I applaud her.  And I applaud the women that stay too.

Not everyone feels that they must leave.  So pleases be sure NEVER to judge anyone who chooses to stay while they hope and pray their situation changes with God and time.

Only the person going through the experience will really know what is best for them.  So whatever they decide, just support them.

Don’t miss a Thing…subscribe!
Welcome….!
Do I Invite Him to Join….?
3 Secrets Men Need Daily
Expect Nothing
What To Do With His “Stuff?”

How To Let Him Go: Francine & Joey

TheWifeExpert - June 6, 2017
0
He was Italian and she was Irish.  He was short and chubby and she was talk and slender.  Somehow they met, feel in love and stayed...