Skip to content
This is the TRUE story of Brenda & Jeff…(real names changed to keep privacy).  Right now, their story is still on TBA…but the below is where we are today.  The Lies.  The piles of lies.  This is a painful story. But one that needs to be shared because I want you to know, you aren’t alone.  I file it under success stories because…well…look under perspectives.  You will understand. I go to every Coaching Session with bags full of hope that I can get my client to see what they are missing….to see what matters, what is important.  Past all the bull shit that blocks the way to true authentic love and intimacy.  All are just tools, basics to help to save their marriage. It’s rare that I ever feel that someone can’t change the downward spiral of their marriage unless there is beating or other mental abuse or harm being done.  Anything and everything is possible.  And I’ve seen miracles in marriages that turn around.  Overnight.  Hope is my mission and if you are reading this now, let it be yours. 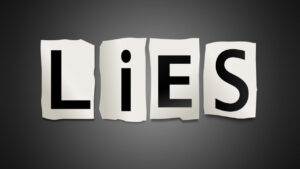 This couple I’m going to share with you?  Brenda & Jeff?  Became the rarity I dislike.  As I worked with Brenda, I felt a tinge of dread midway and, try as I might, hope was difficult to see for her and him. They were married 20 years…together for 24. Then one day Brenda & Jeff’s teen daughter (Stephanie) caught her dad having an affair and threatened him that if he didn’t break the affair off immediately, she would have to tell her mom, Brenda. Although Jeff begged her not to say anything and promised to break up with the girl, Jeff did not break it off and over the next month, fell deeper into his affair.  And hid it from both his wife and now his daughter.  Imagine?  Lying to two members of your family?  What choas people choose to bring into their lives?  And for what?

Brenda?  Did not have a clue. And of course, very soon, when Stephanie discovered the affair was not over, that her dad and this woman were still going strong, she immediately went back to her dad and said, he had 10 minutes to tell her mom, his wife, or she, Stephanie, was telling her mom.  Jeff didn’t miss a beat.  He phoned his wife at work and told her directly over the phone.  He told his wife he was in love with another woman and that he was leaving her for what he called was his beautiful soul mate.  Of course this phone call to his wife was a mere 20 minutes after they confirmed participating in a family cruise for 20 extended realitives the following year. As Stephanie said, “My entire world changed in 5 minutes…” 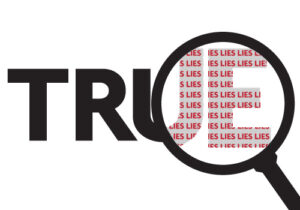 Then over the next 3 months a flow (well lets change that word to FLOOD) of people came out of nowhere to share with Brenda the many many infidelities and lies they had witnessed between her husband and dozens of other women. Brenda told me at one point she had to tell people to stop giving her this information.  Enough.  It was too much.   She just couldn’t take another story of betrayal.  She’d been living a lie. And her husband?  After we did the math, it seems as if Jeff had been a male slut for 18 out of their 20 years married.  That’s as far as the stories we knew!  Gulp. Brenda was beyond blindsided.  Completely thrown from the fun, easy, nice life she’d been living into a field of dead, ugly, sharp, tall weeds in the middle of nowhere. What was she to do now?  The man she’d loved for over 24 years was a complete fraud.  He was not to be trusted. Ever.  And lies continued to spew from his mouth every time she spoke to him.  It became so hard, even the mere sound of his voice made her want to vomit. It was pure pain and torture for Brenda daily.  Waking up wondering was it a nightmare?  Yes.  But one to get over.

It was 20 years of her life. Negative thought:  He took 24 years of my life. Positive thought:  Thank God I got out before it’s too late. She said, “Imagine if he did this to me when I was 60?”  At the time, Brenda was 46, Jeff was 70!  She had plenty of time to start a new relationship that could last another 30-40-50 years! In talking to many many women who have been though this exact same thing (It happens to many) as well my own personal experience, betrayl is clearly one of THE most painful things a person can ever go through.  Ever.  Some doctors have described betrayl as a ‘death.’ Only the person who you are mourning is alive and well and quite happy fucking up your life to start a new one without you. A child dying is worse.  Way worse.  But the pain is similar.  A loss among all losses.  A child dying over a husband or wife leaving their spouse, isn’t even comparable.  A child dying is the worst thing any human can experience.  But the pain of both is so intense and so terribly disgusting that a cheating/leaving spouse comes in at a close 2nd. It’s the Loss.  The Loss. The Loss.  Future dreams are obliterated and breathing is a torturous task.

Our Choices Affect Many:

If you are in a position where you are thinking of leaving.  Don’t do it.  If you must leave because there is no other option (and this includes talking to me) have a conversation about what you want from your partner and what you want to give that you know you haven’t been giving. In the case of Brenda and Jeff…he wants to marry this new woman and have babies with her.  While it was so ubsurd, I had to laugh at the notion, Brenda is just sick.  The girlfriend is a mere child.  34 years his jr. It’s a joke.  An old man (he is 70), with money, believing he can have a 34 year old woman who loves him for HIM?  (I’d put a laugh track in here if I could!)  Let’s call the kettle what it is, shall we?  She’s not a dummy.  She loves him for his money.  If she marries him, even if he lives another 30 years, she’ll still get millions.  That’s like a winning lottery ticket you have to buy and hold and hold and take care of…till it dies, because you KNOW you are in for serious cash.  Love has little to do with it.  Well, love for money does! 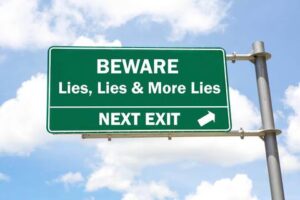 Advice Worth a Lifetime:

I gave Brenda the best advice I give to all my clients in a serious prediciment where values and challenges poke at the core of your beliefs: “Stay steady.  Stay consistent with who you are and who you want to be, your values of right and wrong and above all, get ready for an implosion.” What does that mean?  Jeff will not be lasting with this new girl.  He’s an old man.  He can’t keep up with her.   They have nothing in common and given his track record of keeping faithful, he will soon be on the prowl and this new girl won’t like it either.  More choas.  People create their own. To Brenda, who is at a point where she does not want him back any longer, I said, “I know its hard because he hurt you for so many years.  But his actions have NOTHING to do with who you are and EVERYTHING to do with him.  His ego and desire to feel good at any cost.” You can’t change people.  Once you learn who they are and what they are all about…you can’t change them.  The goal is always to love, accept and forgive so that the devisation they left behind for you to feel is not one of anger.  Anger is like drinking poison and hoping the other will die. 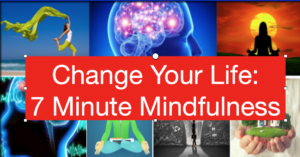 You control You. Your thoughts are what you are.  Every day. Change your thoughts, change your life.  It’s your choice.  Who do you want to be? Thank you for coming to TheWifeExpert.com I do hope you find solace here. If you have a story to share, want me to do a story on an issue or topic, or if you need help with your marriage, contact me anytime:  thewifeexpert @ Gmail.com  (take out the spaces)
Post Views: 1,287