Bob, a local popular Podiatrist, and his wife, Darla, were celebrities in their hometown simply because Bob took every opportunity to share his doctorly advice and knowledge with anyone that needed it.  And folks ate it up.

He’d be in a restaurant at a kids baseball game and random people would walk up to him with questions about various growths on their toes or bumps on their feet.  Darla was so proud of him and their married and family life seemed almost perfect.

That is…until Bob wanted a change.  Growing tired of the medical business he once believed in, he was, in the words of his wife, almost fading into another person.  Only he wasn’t sure who that person was.  He only knew he no longer wanted to be Bob, the podiatrist anymore.  He wanted to try new things, breathe, live.

One day he went to his wife and shared with her that he had to move to CA to try and become an actor.

Darla was sure he’d gone mad.  Bob was making well over 500K a year and if he jumped ship on his work, there would be little or nothing coming in for… who knew how long.

Darla left Bob alone.  She didn’t support him but she didn’t stop him either.  So Bob was left to make the decisions he wanted to make.  Within the next few months, Bob closed down his office, and he packed up and moved to Los Angeles.

Today Darla looks back on that time and shakes her head, “He wasn’t the guy I married…it was like he was 20 years old…leaving Mom’s House…for a new life in Cali.”

Once the kids were out of school, they all joined Dad in Inglewood, CA.  But times weren’t like they were back in Indiana.  The good part was there was sunshine daily.  The bad part was that money was tight and work was nil. 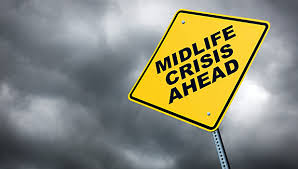 Financial stress soon began to eat into their family and Bob just didn’t seem to care.  He was having the time of his life.  Running off at all times during the day to meetings and auditions, leaving Darla and the kids to plan days without him, praying it would be “this” time he’d get the gig and bring home the pay check.

And if Darla was honest, there were a few pay checks paid by production companies that did hire her husband…but there were way more days, weeks, months that no checks came.

Finally after 3 years, Darla was done.  She wanted to go back to the normal life they once had.  Bob didn’t blink, “Okay…bye…” he said not even asking if any of the kids would be staying with him or going with her.

Darla left with their 3 younger kids and the oldest, who by then was in a local college and wanted to stay behind with Bob. 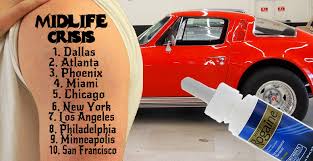 Darla thought for sure her husband would come back to Indiana.  But he never did.  He liked California.  He liked the sun.  But he didn’t like the girls.

Bob says now with a stern serious face, “She was the best thing that happened to me…but I couldn’t do Indiana any longer.”  He adds that he never cheated on her or played around.  He just knew she would never be happy in California and he knew that’s where she wanted to be.

Darla and Bob divorced after 28 years of marriage.   It’s now been 7 years since their divorce.  Any regrets?

Bob is now in his 60’s and although he still struggles with money and lives with 3 other people to save money, he is happy, but lonely.  How does he feel about Darla?

“I wish her well.  She is still mad at me.  I wish she wanted to live in California.  I’d like her to be here with me if she was able.”

I asked, “Have you shared this with her?”

Does Darla have any regrets?

If I could offer advice to both of them I’d want Bob to go to Darla and just be honest with her about how he feels.  Love is pure and good.  If it gets rejected…it’s still love.  We must never hold back love due to fear.  Love is meant to be shared.  Just love.

If I could offer advice to Darla, I’d like her to open her heart and mind a little.  Having an open attitude allows others a safe place to share their true feelings.

Life is so short…judging and grudges and hiding your true feelings will only get in the way of what you want.

What To Do When Someone Dies…a Lesson….

Subscribe NOW! Get all my videos & stories first!
Welcome To The Wife Expert
Watch this video!
Subscribe to TheWifeExpert.com

What To Do When Someone Dies…a Lesson….

TheWifeExpert - February 2, 2020
0
Ugh... a sick feeling goes into your tummy...you can't breathe and you suddenly can't feel. Anything. Life stops....