But to the guy who has been faithful, who talks about cheating as bad and has no history of cheating, and then he suddenly finds some girl and he’s inspired to cheat, well, that guy does not fall under this “OCAC.” Depending on the situation, this faithful guy may be in a MCL or just stupid.  So don’t give up on this guy.  No one is perfect, we all screw up sometimes. Even you, my dear reader! A good faithful guy is not perfect.  Because he is human.  And one day, he just may have a moment of weakness and fall off that horse into a dark well of regret after he does something you nor he ever, ever expected.

If Your Man Has Cheated:

First be careful what you call it.  He may not be a serial cheater.  Or maybe he is. No one really knows him better than you.  You know him.  What do you think? Of course there are these folks out there that when someone cheats, it’s game over.  Okay. Fine.  We all have our limits.  I know you don’t feel that way, because if you did you’d have stopped reading at the first paragraph.  In fact, you’d never ever have Googled this article in the first place.  And if it did pop up, you’d roll your eyes and move on quickly. There are plenty of people on this planet that love drama, that love talking about the icky side of people, who they are and what they do wrong.  Any opportunity to get another person to join their negative team pow-wow is a bonus for the dark side. Don’t go there.  Don’t go negative.  Stay positive.  Stay hopeful.  People can and do get their heads out of their ass after they cheated.  It just takes time.  Are you a person that believes we all have need ot have 2nd chances because we may get lost sometimes?  It happens.  It sucks, but it does happen. 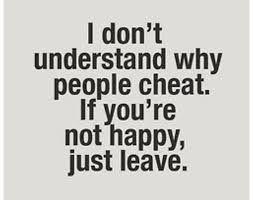 Was Mine a Serial Cheater?

“Once a cheater, always a cheater” is so common, I actually repeatedly repeated it to myself the week after finding out my husband had been having an affair. When I found out, I was done.  I believed that saying, that he would do it again.  And after all the lying and deceit thrown at me?  How could I ever trust him again?  He lied.  He lied to me.  The person he asked to marry him, share a life together, have babies with, build a home together. He chose me and then he chose to lie to me to protect some skanky crazy girl (you have to be crazy if you choose to hook up with a man who is married with kids).  Some worthless woman (I’m going for it here!) who decided it was a good idea to get involved with a married man.

During those first few weeks after I found out, my husband and I still lived together…both of us getting used to the new reality of…ick, what?  I didn’t know.  We had kids, jobs and crap to do. At some point during this time, we were fixing dinner and he said to me that she was such a nice person, the nicest person he’d ever met. I said nothing so he continued, “You should meet her, you’d really like her…all her friends think she’s so wonderful…” “Hmm…” I said half to myself, half outloud.  Then inside my head the conversation was on fire, “Really?  That’s so odd, cause all my friends think I’m wonderful too!  I really do have so much in common with your girlfriend.  You really want me to meet her?  I’d rather poke out my eyes with a toe nail pick. That was inside.  Outside I was quiet as I kept tossing the caesar salad. I had so many questions.  Silly ones, stupid ones, gory detail needy ones.  Unlike most people out there who didn’t want to know a thing, I had to know any and all details so that my mind would stop wandering to the worst imaginable picture I’d already created in my mind.  (Remember I’m a writer?  My imagination works overtime, in nasty pictures too!) Nightly it was an ongoing challenge. To sleep, to breath, to stop the questions as I lay awake for hours (sometimes the sun came up and I still hadn’t slept) attempting to piece together the giant web of who, what, where, when, why….stopping only to burst into tears wondering, “WTF?” I couldn’t believe after all these years with my husband, he let his mind and life sway so far to the left that he had packed up his things, left our beautiful home he shared with me and our three kids, found a small 1 room shack and was now sleeping with another woman? There was always so many pieces missing.  Things I just couldn’t wrap my head around.  He faced so many struggles at this time: death of relatives, unhappiness with his new boss, his job, he kept making comments about his body, his hair, his age. Yet this choice, this implosion of our immediate family, that we built together, was the best solution he could come up with to cope with the personal struggles he faced?

Knowing what I know now.  I wouldn’t have said what I said back then, “I’m done….(wait for it…) Once a cheater, always a cheater!” 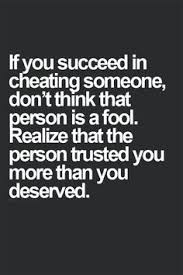 He wants out to be with this new girl?  Fine.  Go.  Done.  After all, my hubby was the product of a fourth marriage, and abandoned children and wives from the previous marriages, follow the leader.  Why would that apple fall far from his family tree? I’m happy to let him go so he could cheat and and cheat and carry on his secrets and lies without me.  I was moving on to find a normal, kind, nice man..who had good, kind loving parents and who rode in on a horse.  Yeah.  Right.  I know there are good ones out there, however, no one wants a depressed, slumpy, sweatshirt wearing, mini-van driving Mommy?  The chance that some hot guy was hiding in the corner Starbucks waiting for me in Los Angeles was slim. I did meet a ton of nice, good-looking men during this time of separation, who, when you asked them about their previous marriage the first thing out of their mouth, “Well…she…blah, blah, blah…”  Notice how when you ask this question to either a man or woman, “What happened to your first marriage…?”  RARELY does the person answering say, “I just was a dick.  An ass.  I ruined her/his life…”  No one says that.  Because it’s always the other guy’s fault.  So they answer with, “She/He…..” and the story builds by itself. 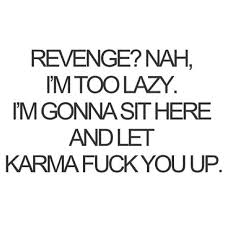 So “once a cheater always a cheater…?”  Maybe.  If they never learn their lesson?  Yes.  Because if they aren’t a narcissist, at some point it will occur to them that cheating actually hurts another. If you’ve had that comment flash through your mind too.  I’m sorry.  It sucks.  But each and every day that goes by…it gets better.  Easier.  Keep the faith.  Keep going. Hope these quotes make you feel better…or at least laugh, knowing other people (other funny people) have been there too.

Or thewifeexpert @ gmail . com (just take out the spaces!)