Skip to content
They were out of beer.  Jennifer immediately jumped up and said she was going out for a case, so she and her husband could have a beer together on their night in.  Off she went in her car.  Nick, her husband waited at home. While he waited, he did the dishes, he set out some snacks.  He even put out a blanket for his wife because he knows she likes to cozy up under the warmth while having a cold beer. The clock ticked.  He kept glancing up at it.  He thought of calling her but figured the minute he started dialing, she’d be pulling up in the driveway and he didn’t want to be that over-bearing husband who looks ‘needy’.  So he waited. 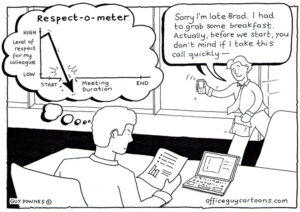 45 minutes later…  She was still not home.  So he called.  No answer.  He texted.  Nothing.  Was she dead?  Kidnapped?  He began to worry. Another 15 mins went by and she finally walked in.  While at the store getting beer she ran into an old girlfriend and they started talking.  Another friend saw them, walked up, and then the three caught up right in the produce aisle of the grocery store.

Nick had a bunch all flying into his head at the same time: Why didn’t you call? You let me down. I was waiting! Am I not important to you? It was almost an hour trip that should have taken 20 mins. The problem was he never voiced the above feelings. They came into his head and like most men, they kept them inside.  He just looked at her as she spoke what he thought were dumb excuses and said, “I’m done.  I’m going to bed.”

She was confused.  “What?  Why?? I thought we have a beer together?   I wasn’t that long!?  I was like 50 minutes? What’s the big deal??” Then as she watched her husband climb the stairs to their room she wanted to hurt him more and added, “You’re such a sensitive asshole!  The world does NOT revolve around YOU and what YOU want!!” What do you think?  Who’s side is right?

Botton Line Mistakes:  (because NO ONE is perfect)

Hers: Jennifer was not being considerate of her husband.  Or his time or the commitment she made to her him. She said she was going out to get beer so they could have a drink together.  Delaying that because she ran into people that she decided to chat with is her choice, but in doing so she chose not to be reliable to her husband.  Sure she can do whatever she wants…but not when you tell someone you will be right back so that you can do something together.  He was waiting.  And had zero idea what she was doing.  (I’ve heard clients say, “It’s none of his business what I’m doing…”  But it is his business if he’s putting his night on hold till you return.) His: Feelings.  He could have told her how he felt.  Directly.  Not bitterly.  Tell her all of the above in a calm way.  Sharing that by not calling him or returning right away and just letting him sit in the dark – even if it was 10 minutes – she let him down.  Laying the groundwork for how you want to be treated is imperative in any relationship.  And laying that groundwork could take 10 years of 10 layers. (that’s called training.  See “Training” Below. Spouses need to be trained to know how you like everything- over and over – because NO ONE is perfect.) He could have shared his feelings that he didn’t like that she decided to chat with friends while he was waiting.  He wanted to be so much more important to her that she wouldn’t stop to even take a pee just to rush home to be with him.

And the words:  “I told you that already!!” are words never to be spoken.  They are “argue” words that get thrown to start a fight so don’t use them.  You don’t just train a dog once?  No.  You train over and over and over.  We train dogs to do a trick over and over and over right in a row.  With husbands and wives, after that first training where they agree they understand, the next training may not be for 3 months or even a year later! And guess what?  They aren’t perfect and they aren’t YOU, so chances are, they forgot!) But things happen and had she called and told him, “Hey I ran into x and y!” two things could have happened, 1) he KNOWS and then could have watched something on TV or done something he wanted to do while he waits.  2) By calling She’s telling him she respects him.  That his time is important too.  But she didn’t tell him and he was left to wonder and worry.  All avoidable.  People really do make their own chaos.

Apologies are the golden rule.  When you screw up and you will because You are not perfect.  But when you screw up, apologize.  No excuses.  Just a straight out apology: Him:  “Where were you?  I was waiting!!  What happened!?”  (What this says is “I’m sad…I feel unloved”)  (really, it really means this!)  (Most arguments stem from love.  People want to feel loved and cared for and when they aren’t, they get upset) (Really basic stuff here people!) Her:  “I’m so so sorry.  I ran into x & y and I started talking and just lost track of time…you must have been so worried.  I’m so sorry.  I feel terrible.  You ARE so important to me.  Can you forgive me for my stupidity?” Apologies work.  Taking full entire blame without any excuses is commendable and conversations move on quickly to recover positively from here.  Anything else and partners blow up and people sleep alone in anger. Just typing that makes me sad.  Only because I see so many arguments that could be avoided just from someone putting aside their ego and saying they are sorry.  Even if the other person DID have 25% of the fault.  If you take 100%.  It’s over!  All is better and the other person (who did the 25% knows you took the fall for the whole thing – they do know.  They do.  And this will give you mental ‘good person’ points with them, even when they don’t say so.)

My rule on expectations are always the same:  When in a relationship, expectations are what get us in trouble.  We expect someone to do certain things or act a certain way and when they don’t, they let you down, we get disappointed and our emotions take over.  Mostly nasty ones. Jennifer and Nick both went to bed mad.  He was mad she didn’t respect his time and give him the love he thought she had for him.  She, on the other hand, was upset that he was upset.  If you can remember this one thing,

Marriage is HARD: Sometimes – marriage sucks!  It’s depressing to think, “Wait…I said yes to this??” However…did you know it only takes ONE person to change the direction of a marriage to a HAPPY one?  One person.  Men will say, “No therapy!!” and women get upset and then bail.  Don’t let that be you!  YOU all by yourself can take action to take your marriage to what it was when you first met!  YOU ALONE can change your marriage TODAY.  Right Now. I’ve coached women from all over the world, living with many many types of men, hoping to get their marriages back to what it was, I can help you too! Send me an email to TheWifeExpert@gmai dot com (it’s actually .com) but I have to do that for spam. Put in the subject “help 911…” To Read more CLICK here.

5 Core Values That Keep You Sane

How to Respond When Husband Yells