Skip to content
What To Do With The Other Woman (Besides Kill Her.) Ugh. I hate this title. Makes me sick actually. Cause you know you won’t kill her because it’s not worth going to jail cause then your hubby would find some OTHER new woman and that would REALLY suck watching them while you rotted in jail.  So stop fantasizing about her dying and instead just stop their affair.  Stop it. Because it’s wrong.  And you know it. He knows it and she knows it. Here’s the odd truth: What woman on the face of this planet would ever even think of going for a man who is married?  Who??  Yet.  They are out there.  These horrible, less-of-being-a-real-women females. Because it happens every single day.  Maybe 1,000 times a day.  These women put their claws out to catch one.  One already trained.  Buy you.  Cause if we are honest, men are men.  They are one sexy willing girl away from an affair daily.  Who are you women?  If it’s happened to you, you understand.  If it’s happened to you, you don’t know either. When I was 22, I had a chance to go with a married man.  I thought it the whole situation was funny.  As I clearly thought he was a helpless loser ass of a joke.  He was a little bit chubby and yet, he behaved as though he was a sexy god.  I never even entertained a thought about having a fling with him.  Not even for a teeny tiny millisecond.  But it was hilarious how much he persisted in his attempt to ‘get’ me to play my evening as the other woman. Why did I flat out say no?  I couldn’t. Why couldn’t I?  I knew it was NOT OKAY. Was it character?  Morals?  Respect for a woman (this other woman) I didn’t know?  Meaning that I knew there was a woman, married to this guy, this idiot, who was his wife, at home, clueless her husband was making a fool of himself. How did I get obtain my character and morals?  Was it my parents?  My upbringing?  I did have a kick butt Dad.  One who I adored that taught me what a loving marriage looked like.  He wasn’t perfect, but he loved my mom and showed me how a man treats a woman.  And I even saw when he screwed up…. he would either kiss my moms ass or be on his knees scrubbing the refrigerator freezer (just something he did when my Mom was mad at him.) 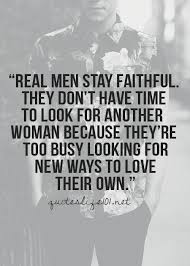 Recently I discovered a video on my husband’s phone that was of him, a 48 year old man, in a college bar acting like he was 20.  In the video was a girl. Pretty with dark hair, and this girl was talking to her friend who you could not see.  As she talks to her friend, you can see her suddenly she lean forward and then you can see my husband lean in to her and says something to her.  I don’t know what he said but whatever it was it was bad enough for her turn to to him and scream at him and others in the area.  “…you’re married!  And you’re **** married!”  I listened to it a bunch of times and it’s clear she was yelling at my husband reminding him he was married. I don’t know or care what my husband said to her, I only like her response. This girl is my hero. Whoever she is, I applaud her. Why can’t all women be so angry when a married man says things to her? 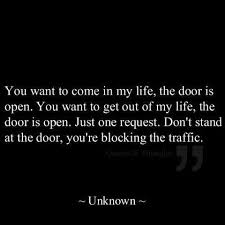 If you are a girl (yes I get many men reading my articles on here!) if you are a female…Be sick. Be disgusted. If we all join together on this one….and vow NEVER to be with a married man….we can change the world.
Post Views: 887